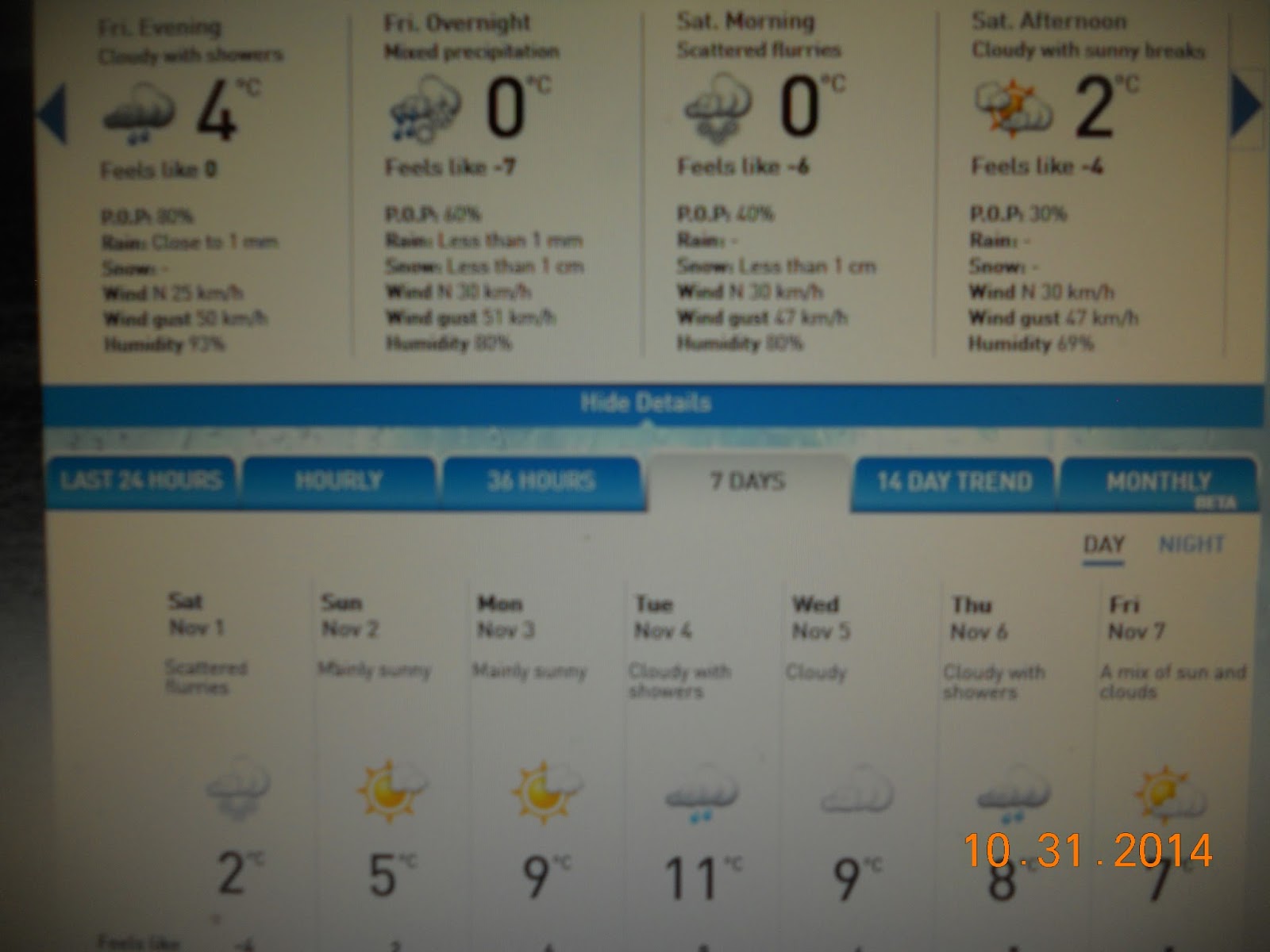 When she saw tomorrow's forecast Victoria squealed and did a happy dance; November plus snow can mean only one thing...the beginning of Christmas music in the Martin-house;) 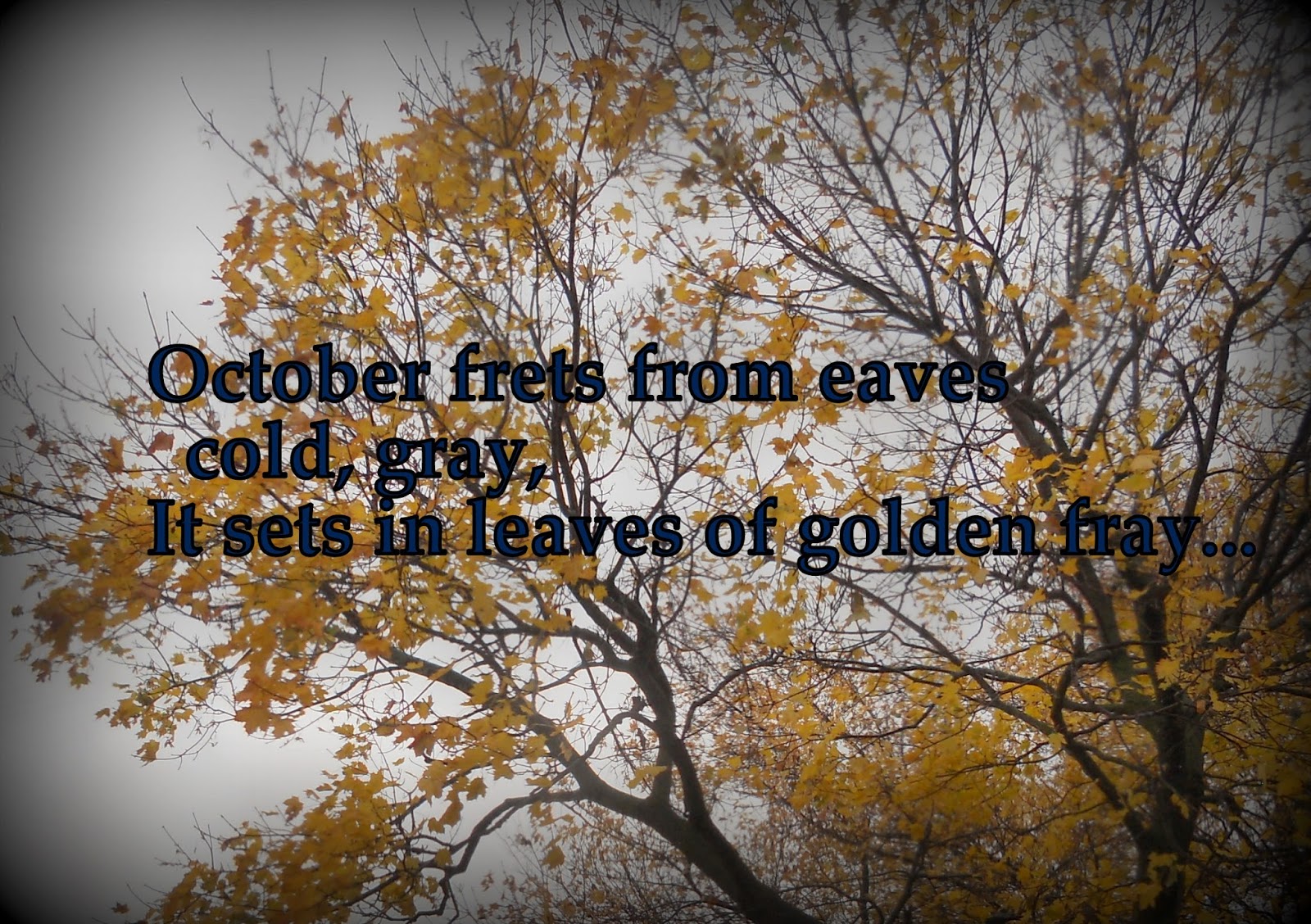 October frets from eaves cold, gray
It sets in leaves of golden fray
To slumber where we used to lie
Beneath blue blankets of the sky
Before earth’s tent was dull and torn
And lowered to a land forlorn

October sets in gold and red
Lavishing trails where dreamers tread
A sodden, trodden aftermath
On nature’s endless garden path
Where we hear in Time’s undertow
The dance of feet waiting for snow