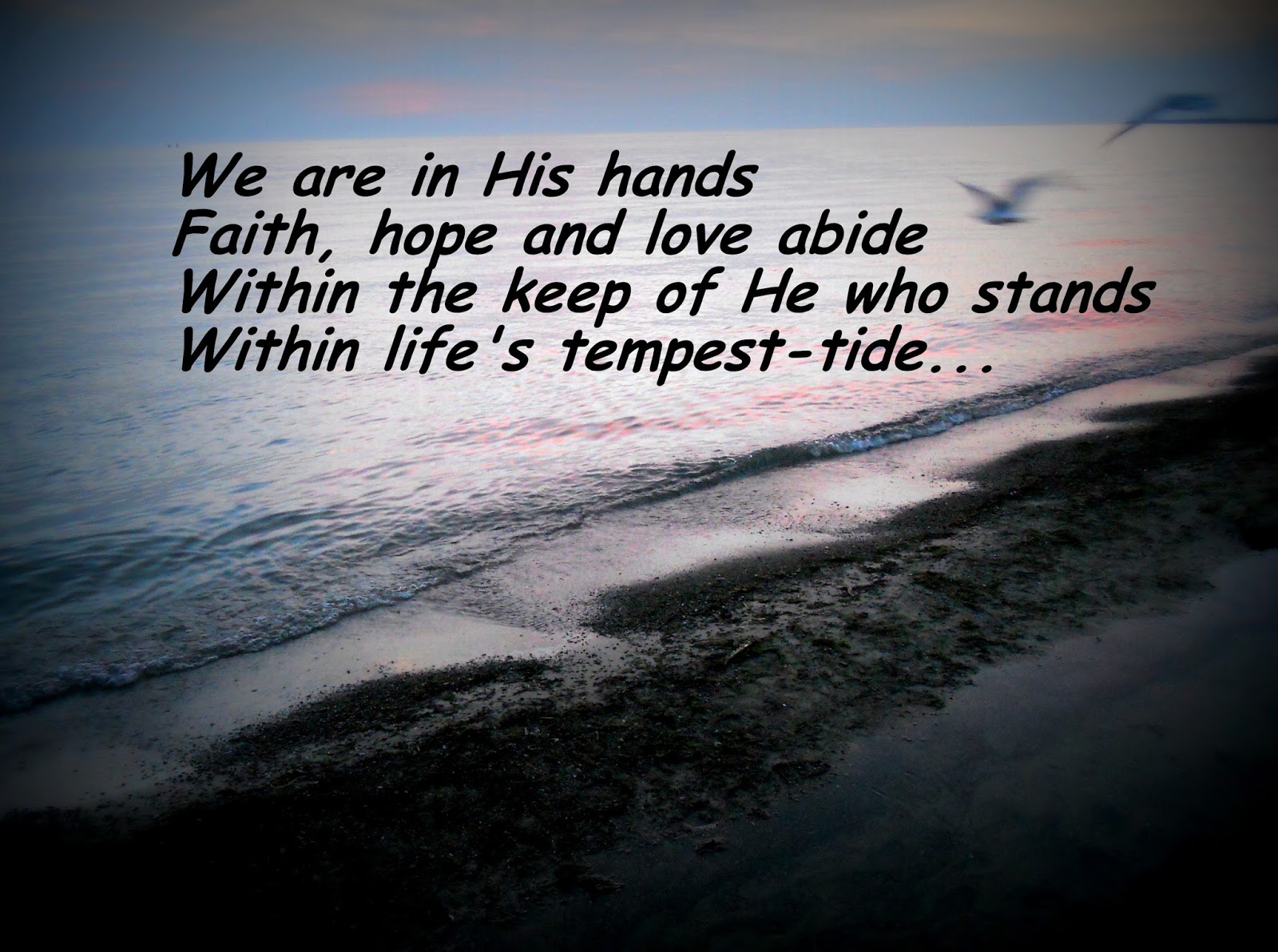 We are in His hands
In spite of storm-tossed grief
The wind and waves heed His command
‘Lord, help mine unbelief’

We are in His hands
Faith, hope and love abide
Within the keep of He who stands
Within life’s tempest-tide

And Jesus said to him, "'If You can?' All things are possible to him who believes." Immediately the boy's father cried out and said, "I do believe; help my unbelief." When Jesus saw that a crowd was rapidly gathering, He rebuked the unclean spirit, saying to it, "You deaf and mute spirit, I command you, come out of him and do not enter him again."…Mark 9:23-25
Posted by Janet Martin at 10/21/2014