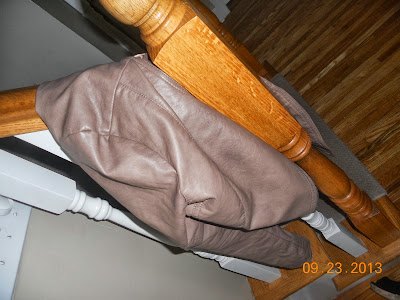 It struck me as I heard Emily tiptoe in last night, that in three weeks I will never hear that sound again...those sounds I have never given a second thought;
and her belongings won't be draped on railings etc... ;)

Sometimes you comfort,
My thought like a pillow
Easing the void twixt what is and has been
But sometimes you torment
In debut renditions
The bittersweet sorrows of ‘never again’

Sometimes a tear holds
An ocean of longing
Though love has poured out its fathoms ten-fold
Darling, perhaps
This is simply life’s fortune
Of having and holding and growing old…