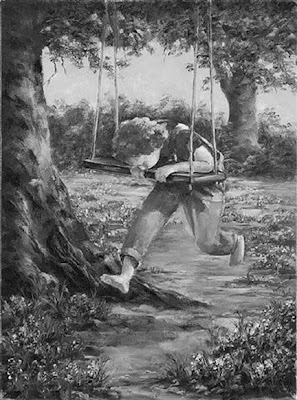 When you are four you are a superstar
Every goal you score is the best by far
‘Cause Grandma and Grandpa told you so
They know everything, you know….
And daddy was smiling and really proud
Mommy was clapping and yelling real loud!
When you are four no dream is too big
And no task is too small
You are king of your hilltop
And ten feet tall
Someday you’re going to be just like Daddy
‘Cause you can be anything you want to be……
When you’re four you don’t compare yourself with the other guy
You’re a winner every single time you try
When you’re four you’re as sweet as sweet can be
And oh, so much bigger than when you were three
Four brings bright sun-drops on the grayest of days
Four chases all unhappy thoughts away
Because when you’re four there’s no reason to be sad
The world’s greatest heroes are mommy and dad
When you’re four you dream about being five
And every day is a good day to be alive
A week is forever and eternity
Is waiting for the bus at half-past three
Four is big enough to go to school
But small enough to just be ‘naturally cool’
When you're four the world is a lovely place
And there's nothing wrong with a dirty face
When you’re four and you’re little brother is one
You get to show him how everything’s done
Four is big but not too big to hug
Four is just right to tuck in nice and snug
I really can’t think of anything more
Beautiful; than being four