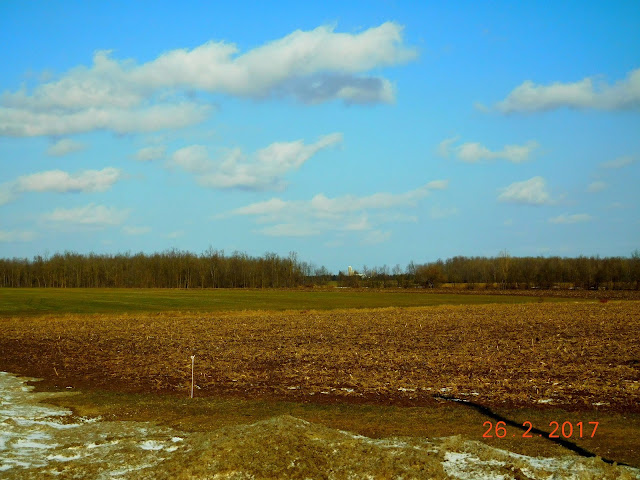 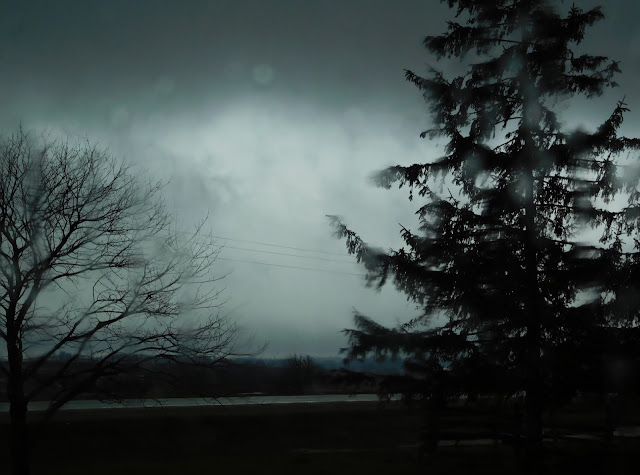 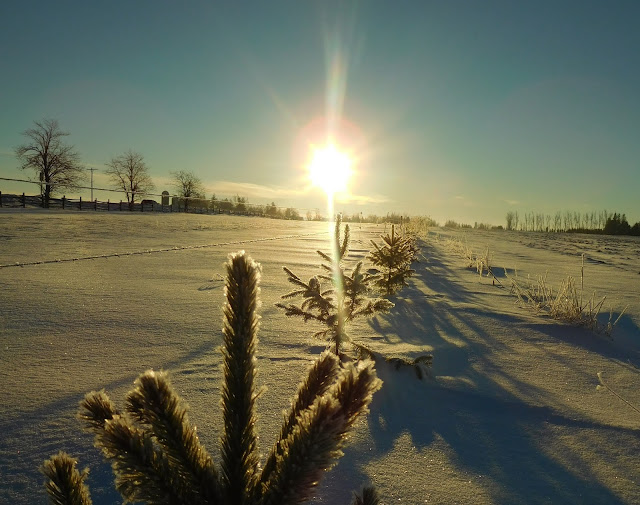 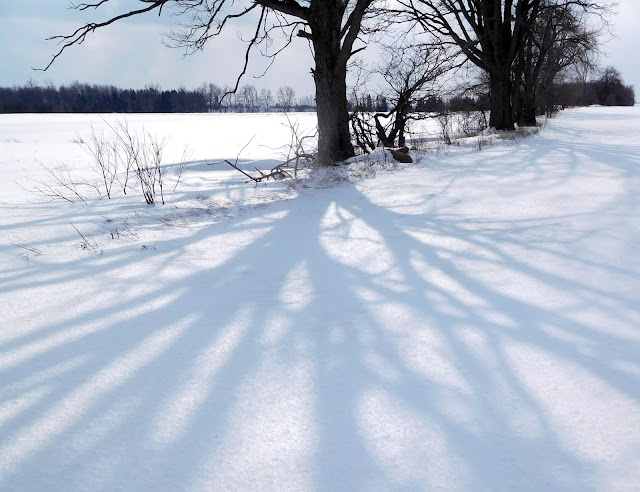 His coat is ragged burlap and his cap is thatch, gray-gold
He lumbers over hinterland and hill; a vagabond
From pockets feather-flowers fall and blue shadows unfold
Where brusque against dusk’s pastel west the fir tree waves its wand

He never shows his face, and he seems older than his days
A lonely sort of fellow, no fanfare to hail his storm
He scuffles by where summer-dreamers sigh for turquoise bays
While stark against infringing dark the pine tree flaunts its form

He musters brooding blusters, quick-tempered, misunderstood
He broadens daylight's dome and gleans a hip-hooray or two
Then scatters silver mirrors and flatters the frosted wood
His sky stays pinker longer when the day is almost through

‘Dear forlorn Mr. February, wherefore wilt thou go
And who waitest to meet thee as thou fadest from the land?’
Methinks I hear a tear but it is tossed and lost in snow
Where cold against the eventide the frigid poplars stand

Email ThisBlogThis!Share to TwitterShare to FacebookShare to Pinterest
Labels: February