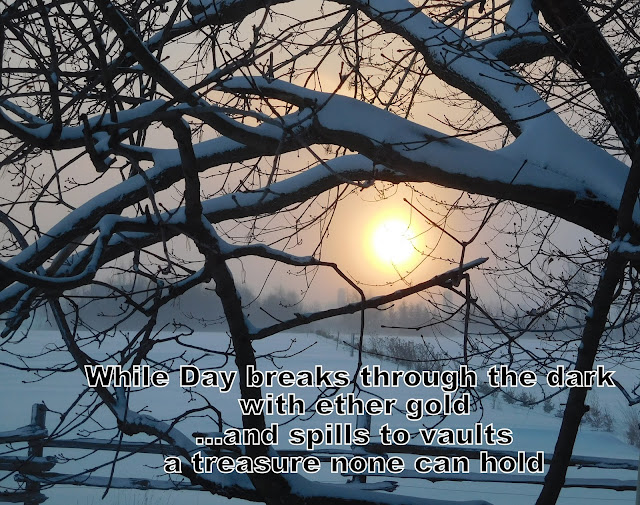 Ephemeral, the staid parade of hours
A fleeting flit of poetry and prayer
Of white-capped field betwixt its yield of flow’rs
Of bones learning to bear time’s groan of air
While day breaks through the dark with ether gold
And spills to vaults a treasure none can hold

…but folds, as moments march, morning to noon
And noon to twilight whispers of goodnight
Ephemeral, both emerald of June
And boreal bestowal, silver-white
Sealing beneath iced steel, brook-melodies
Which mercy’s staid parade of hours frees

Winter’s frigid warfare will not abide
It too, falls prey to the parade of hours
And earth, wearing the color of a bride
Will soon birth darling dream-lands full of flow’rs
Meanwhile, we smile through bookish escapades
Of fireside adventures, page on page

Time’s beckoning becomes reckoning, swift
The Thing That Is fades to The Thing That Was
This stayed parade of hours is a gift
Not to be taken lightly; without pause
The law of tick and tock turns days to years
Where everything that is soon disappears 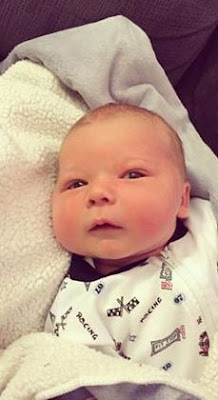 Look, there a baby 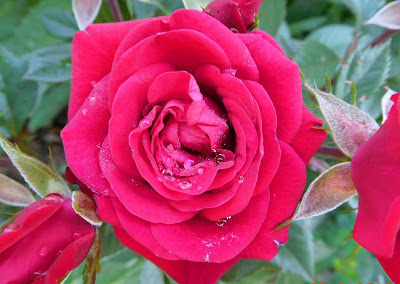 Look, there a woman 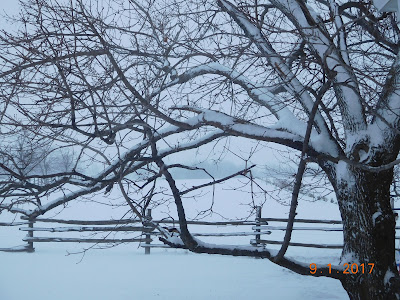