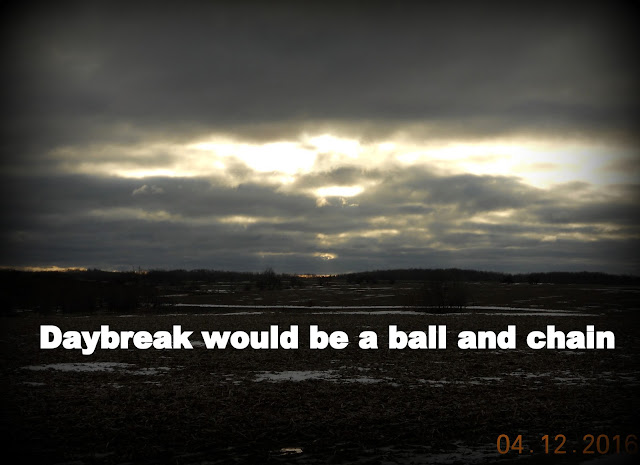 Discouragement would be a noose
Daybreak, a ball and chain
And fear would be a foe, footloose
Where hope could not sustain
And hope, ah, what then would it be?
But mockery of years
Through which anguish rolls like a sea
And hunger commandeers

This skeletal carriage of Want
Would not, nay, could not pray
While hours fling their tick-tock taunt
To lives, slipping away
…a desperado’s cheerless chase
Of days devoid of goals
If it were by works, not by grace
That we must save our souls

For by grace you have been saved through faith;
and that not of yourselves,
it is the gift of God;
not as a result of works, so that no one may boast.…

... remember that you were at that time separate from Christ,
excluded from the commonwealth of Israel,
and strangers to the covenants of promise,
having no hope and without God in the world.
But now in Christ Jesus
you who formerly were far off
have been brought near by the blood of Christ.
For He Himself is our peace,
who made both groups into one
and broke down the barrier of the dividing wall,…
Eph.2:12-14