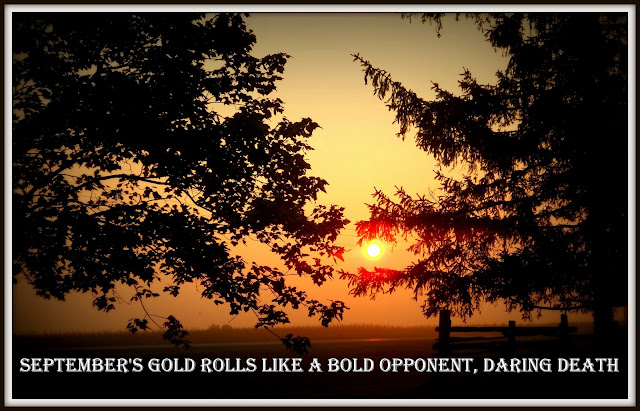 Time does not weary; only we who struggle and compete
The countdown of moments urges us back up to our feet
Oh, pray that we fight to the point of blood, sweat, prayers and tears
Until the gong sounds and the last round of time disappears

Sometimes the ropes that hold us in are green with sheen of spring
Its referee a peony, flash of tanager’s wing
Sometimes the ropes are cold and startle us and steal our breath
September’s gold rolls like a brave opponent daring death

Oh-ho, life’s wrestling match can catch a crowd-gazer off guard
September’s charm sounds an alarm; left-right, soft-step, now hard
The champion of a challenge does not quit; hope spurs him on
A prize can only be collected when the fight is won