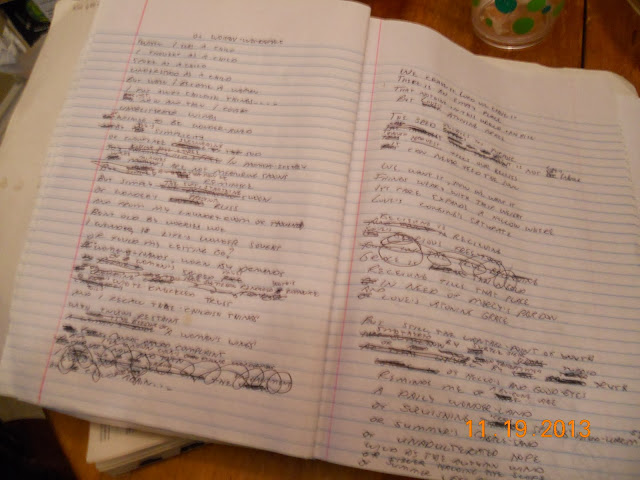 Victoria laughed as she observed my scribbles, Oh, that's right,' she surmised, 'there's no back-space button on a pen!' I laughed back and told her when you get to my age you have to write fast because  train of thought can derail in an instant! ...oh, I love that girl teetering on the brink of childhood softly slipping...

But when I became a woman


I put away childish things
Yet, now and then I covet
Un-obliterated wings
And wish that I was wonder-awed
By joy’s simplicity
Of snow-flake serenading sod
In spangled ecstasy
Where moments are not measuring spoons
That soon we reminisce
But simply the soft, startling swoon
Of wonder’s present-bliss
And from my laundry-room of thought
Bent old by worry’s woe
I wonder, is life’s wonder sought
Or found by letting go?
My woman-hands, worn by demands
Of woman’s sacred ‘must’
Have somehow rendered youth’s romance
To life’s white-knuckled trust
And I recall those ‘childish things’
With envious restraint
For blessing of a ‘woman’s wings’
Cannot afford complaint
But still, the vantage-point of youth
Smothered by subtle sighs
Or tainted by time’s turbid truth
Of hellos and goodbyes
Stirs echoes of a by-gone age
A daily wonder-land
Of squishing ‘cross spring’s mud-warm page
Or summer’s castle-sand
Of unadulterated hope
Wild as the autumn wind
Or silver haloing the slope
Of summer left behind…

Then I look up
Ah, there it is
Curled leaf left on a limb
Etched in a song of mercy’s kiss
Melting the midnight scrim
The crumpled sock within my clutch
Is Heaven’s happy proof
A tangible and tender touch
Of children ‘neath my roof
Their laughter fills kitchen-sink grail
Suds bubble contentment
Where dirty dishes tell the tale
Of sweet suppertime spent
Yes, I have left life’s ‘childish things’
Of virgin enchantment
To rise up on the wiser wings
Of woman-wonderment 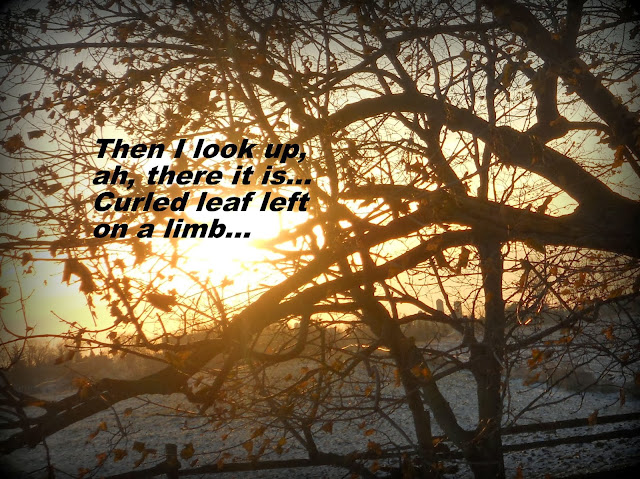