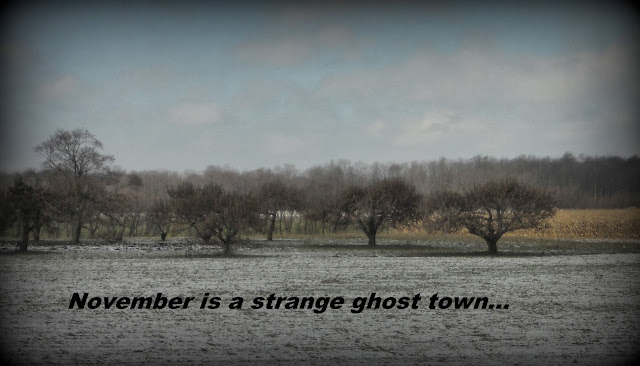 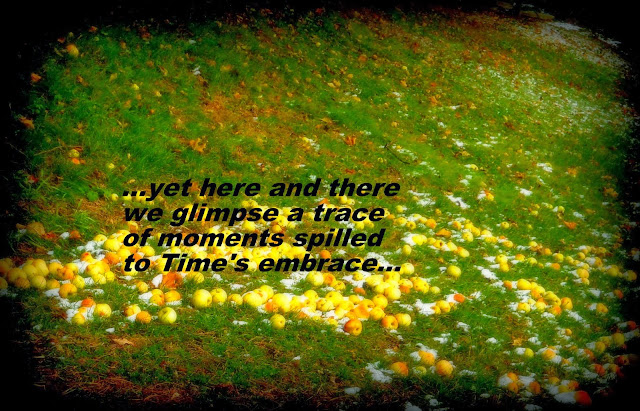 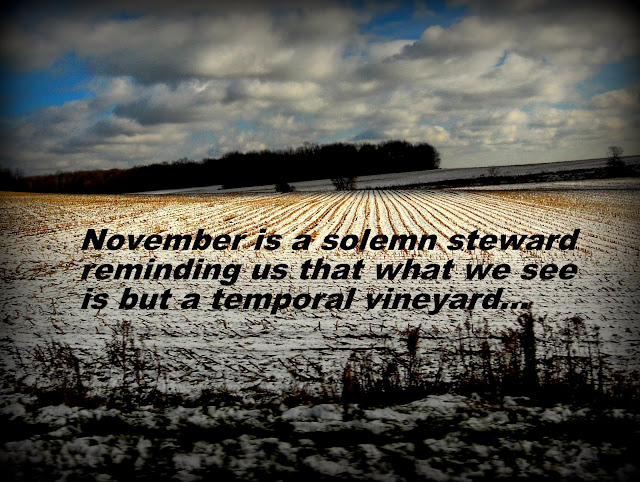 Long lies the shadow, ‘cross the globe
Snuffed soon by twilight’s chastening
Earth-scape has donned the deeper robe
Of Time’s insistent hastening
The breaker crashes on the cove
There are no stragglers on the beach
Summer has fallen from the grove
Once heady with plum bloom and peach
November is a sparring poem
Of letting go and holding on

The separation of tick-tock
Shapes, first the present then the past
Time touts a subtle half-breath lock
Stealing, sealing its pulsing cast
November is a strange ghost-town
Of crumpled leaf and wand’ring wind
As we stroll streets, barren and brown
Seeking a song we cannot find
Yet here and there we glimpse a trace
Of moments spilled to Time’s embrace

Life’s mortal stakes are vanity
November is the solemn steward
Reminding us that what we see
Is but a temporal vineyard
And we, the servants of its spoil
Are at the mercy of tick-tock
Its proof pants in our weary toil
Or leaf-song snared against the rock
November is a broken road
Leading to spring and Heav’n-abode

Email ThisBlogThis!Share to TwitterShare to FacebookShare to Pinterest
Labels: November