The other day as Emily left I realized, now that she’s married some things are the same; I am still mother, but suddenly we relate, not only as mother and daughter but as wives…

I could only half-sense then
How life changes with ease
Well-wishers fading to the night
Like laughter on the breeze
And memories tucked tenderly
Into thought’s treasure-trove
Change wears gossamer subtlety
Her fingers brush the grove
With echoes where our summer fell
In leaf by leaf descent
As hours from an ether well
Unveiled their mute intent
And Change, disguised as dinner-times
Or duty’s endless noise
Exchanged those goodnight nursery-rhymes
And boxes full of toys
For other loves and interests
Through fleeting touch they pass
A swift and soundless earnestness
In living’s hourglass
While firesides still flicker
Bells peal for joy and grief
And every year is quicker
Change is such a silent thief
Yet gives within its taking
If we pause we will see
That Change is ever shaping
Those things still meant to be

Change...oh, what a quiet constant.

In my tidyings this morning I smiled at this memory…
When I returned home yesterday afternoon after coffee at a friend’s house the little guy I babysit was tired so I wrapped him in his ‘blankie’ and sang nursery songs and rhymes and read poetry. He loved it turning his face up to touch mine every so often with a big smile and instantly I was transported to tender ‘long agos’… 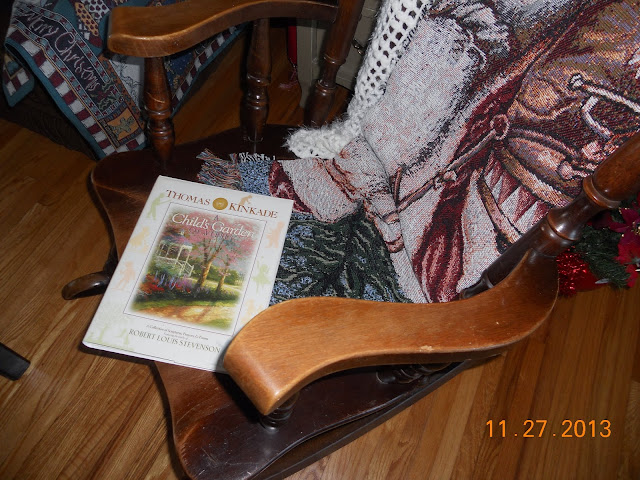 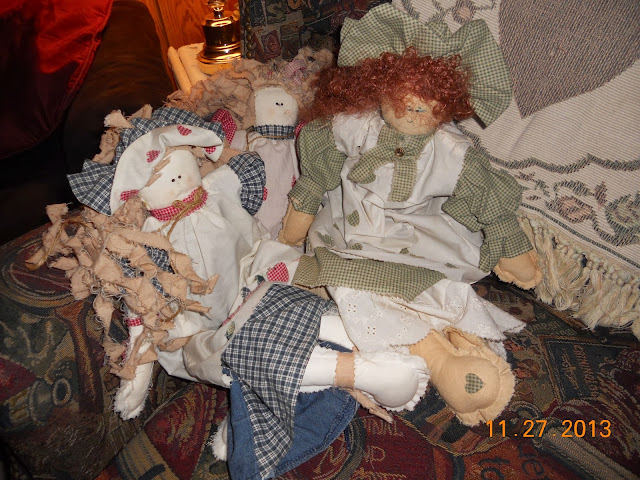 His 4. yr. old brother Nicholas keeps me in constant laughter. Years ago I sewed a few rag dolls when my girls were little and as we were sorting through some toys yesterday I remarked that ‘we really need to get rid of some stuff, there’s too much here’
‘Oh, I play wiff evwee-fing, he said then paused suddenly and gingerly picked up a rag-doll by the hem of her dress, ‘actually, you can get wid of dese, I don’t play wiff dem!’