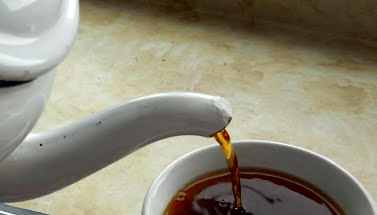 Sun slips behind a veil that soon will bind the ties of dusk
The here to there-ness of a day hastens; ahoy, ahoy
The way of clocks is far too seasoned with years to adjust
The tempo of its metronome to linger over joy
…to linger over little lads bent on becoming men
To pause upon an afternoon of Now before the Then
For Then tugs ‘woman’ over little girls of half-past three
And there is nothing left but echoes where she used to be

Day drips with notes of lute and flute-like mellow melodies
Each composition settles in the kettle pouring tea
Then thought unlocks the entrance to those heart-held galleries
Where every print is kissed with Romance of What Used to Be
…of When before Then stole The Common Whole of It away
And folded it among the mementos of yesterday
Ah, thus we cannot quite afford to linger for too long
To listen while the afternoon composes a new song 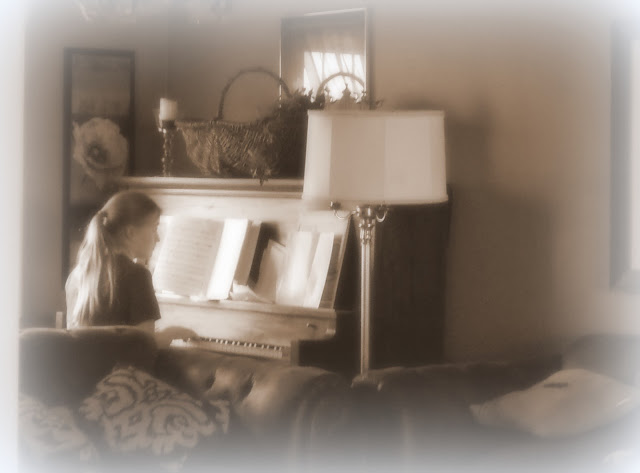 Some afternoons after my 'tiny charges' have returned to their mommies and daddies
I like to unwind with a hot-poured Something...
Today I felt like writing and listening to Bach to unwind.
This inspired Victoria to play the piano so I turn off Bach
because I've come to know how all too soon these piano-players
slip off their benches and disappear into the melody of life!
I'm not trying to be morbid...
simply aware of the preciousness of common-clad moments!