January's Rains and Other Matters of Degree 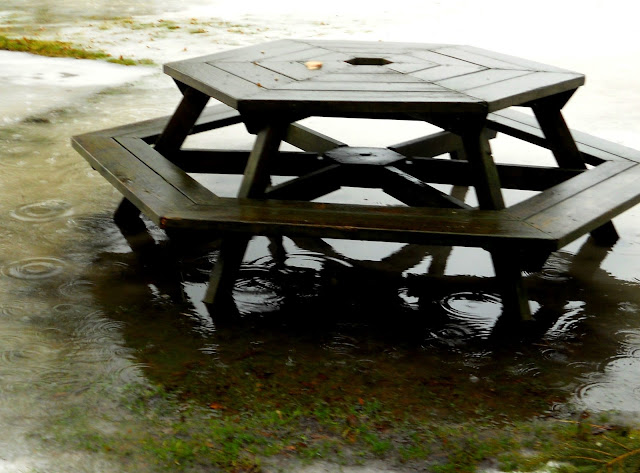 I snatched a photo and jotted the first two lines of this poem yesterday before the degrees plummetted like a wooden shoe off a sky-shelf...

Morning drips from eaves in the sky
Day breaks, a lake-shaped lullaby
Of rivulets rushing down lanes
In splashing circle-note refrains
Where berth and girth of earth imparts
A silver-stippled work of art 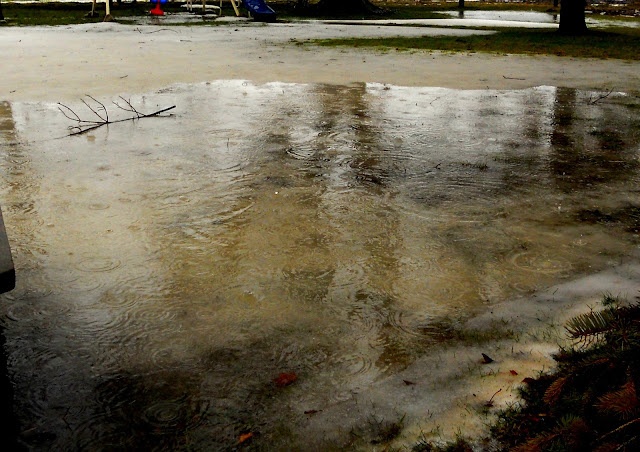 How somber, January rains
What lonesome song its air unchains
No little bloom with face turned up
No leafy plume, no flower-cup
As splish-splash lashes dark-toned bark
Of timberline, stricken and stark 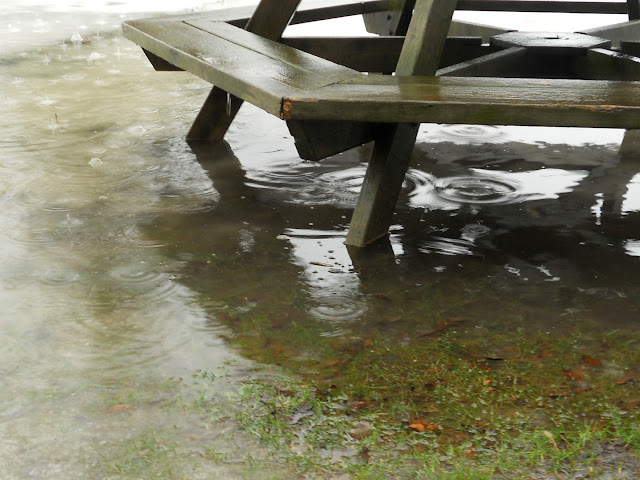 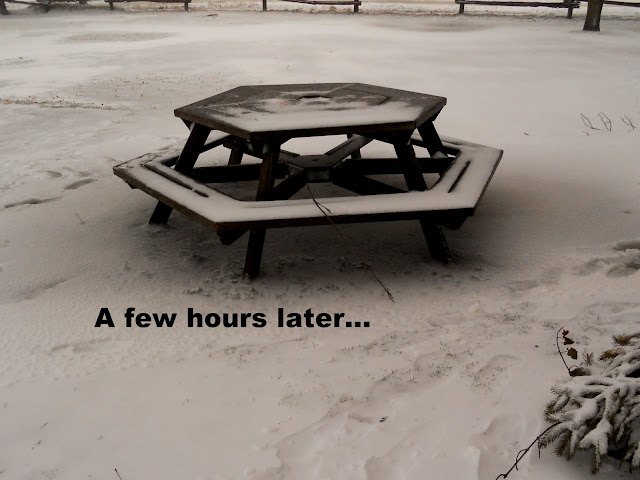